by The Beast + BIG BAND 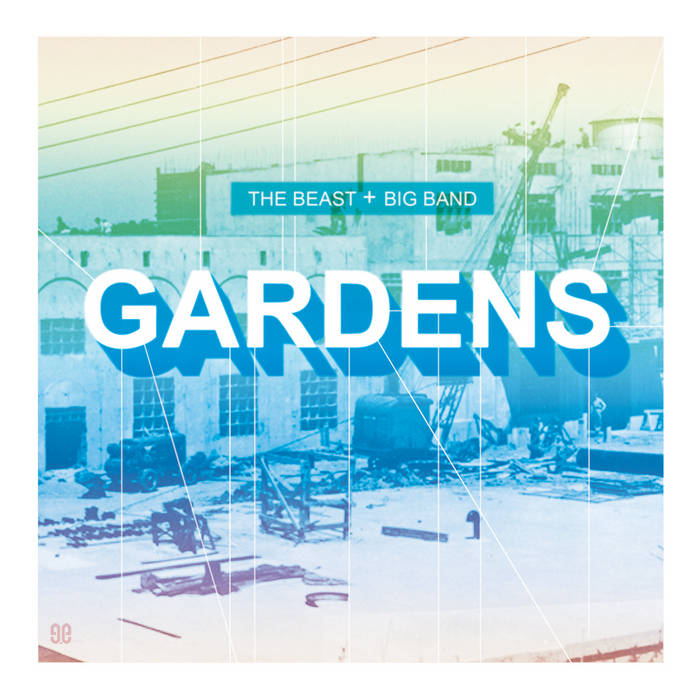 Produced by The Beast
Recorded by Jason Richmond at Sound Pure Studios
Mixed by Peter Kimosh and Eric Hirsh
Mastered by Brent Lambert at The Kitchen
Cover art by Gabe Eng-Goetz porkfriedart.com

Track Name: Sleeping In My Bed
Verse 1
when I woke up the other day
I thought I saw a stranger sleeping next to me and I got scared
isn't this where you're supposed lay?
but when I opened up my eyes to my surprise you were not there
no, you gotta let him go
I don't wanna hear your lame excuses the same I heard before
I said no, you gotta let him go
how can we be together when I know

Verse 2
I thought you're supposed to be asleep
but then I saw you crawling all up out the bed when it got dark
weren't we all just counting sheep?
I think you let another shepherd crawl his way into your heart
no, you gotta let him go
I don't wanna hear your lame excuses the same I heard before
I said no, please let him go
and I'm a tell you why

Verse 3
oh, you gotta let him go
I don't wanna hear your lame excuses the same I heard before
I said no, you got to let him go
how can we get together when I know

Hook
somebody's sleeping in my bed
sleeping in my bed x 16 (with a "get the hell up out my bed" in there somewhere)
Track Name: My People (ft. Median)
Verse 1 (Pierce)
this is for my people
the creators of The Blues
let the pain be their muse to express their views
long before songs were chopped and screwed
thumbs were screwed and arms were chopped and bruised
but my people
somehow we had the pride and the strength to provide
my grandma always told me to lift as you climb
to pull those behind you can rise like the moon pulls the tides
yeah - this is for her
Queen Mother - she existed on a mythical earth
where her grandchildren didn't have a typical birth
every achievement was magnificent
nothing was to little for her
when segregation was law
she found the flaw and hit the streets
until her knuckles was raw
this is for my people who want to take it to a whole 'nother level
that they ain't never been to before

Verse 2 (Median)
close to my heart, pitter pitter
so strong though they gone no I won't forget ‘em
unsung heroes soul sacrificial
too many to rename though the flame’s rekindled
the sequel the symbol is my people
we're the kindred of the vision where it leads to
ends to the means future
yesterday's tomorrow is now
we're the proof - the dream's proven
new struggle we the theme music
the oppressor, the shepard and the sheep too
truth - it gets deep, dig deeper through it
how opposition regroups to deceive a movement
systemic mulling the weak because they need tool
the prison's a cell keeping machines moving
complex, yes, but industry is booming
privatized and coming to a scene near you

Hook 3 (Pierce and Median)
I said this is for my people who
held me on their backs for so long
everything I do is for my people
let's celebrate the beauty of our people
I said ignorance is lethal to my people
so we keeping you strong
that's why I stay strong for my people
until I'm dead and gone for my people
stay strong
Track Name: Cost of Living
Verse 1
college tuition
my intuition is this institution got to be bull shitting me
get your hands out my pockets!
my education
wasn't meant to my my execution
but this student loan it feels just like a guillotine
get your hands out my pockets!
I'm living in debt
along with the nation
no job or vocation
whose dreams are we chasing?
get your hands out my pockets!
cause life is expensive
but don't you resent it
money, material can't take it with you
but we gon keep rocking until we eventually fly
lookey here
might not make it through another year
I can see the ending coming near
make a little money from a check
pay the bills - what's left?
barely got enough to cover rent
paper chase - get paid
live in debt - every day
wonder why I feel like slave
laid off - ever since
no job - benefits
work like a dog
ain't that a bitch?

Verse 2
college tuition
my intuition is this institution got to be bull shitting me
get your hands out my pockets!
cause life is expensive
but don't you resent it
spend time with family
go on adventures
cause life is too short before we all eventually die
listen here
saying what they don't what you to hear
seeing when they don't what you to peer
things are often not what they appear
coughing up smoke and gawking in mirror
let your boy Pierce through your ear
unemployment - through the roof
CEOs - bullet proof
floating in a golden parachute
can you tell the lies from the truth?
can you hear the cries from the youth?
coming to you here live from the booth

Verse 2
I think a lot about your cooking
where my corn bread, catfish and collard greens at
I can't find that in Brookyln
from Bojangles to bodegas I'm so anguished
can you explain why nobody looks me in the eye?
Flatbush to Bed Stuy
mad people push by but they never speak
they seem stressed in the city like they never sleep
our the relationship was hella deep
because I grew up in your heart - piedmont
always thought we'd never depart
but eventually - I felt trapped in NC
in Brooklyn I'm incredibly free
I lose myself when I'm with her
she's an identity thief
I wouldn't have it any other way
this is kinda hard for me to say - hey